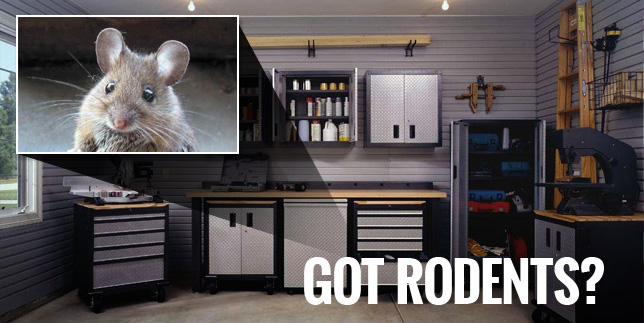 Rodents are mammals from rodentia family and can be characterized by a pair of incisors in upper and lower jaws which continuously grows. Due to the continuous growth of these teeth, rodents must continually chew and gnaw food in order to keep these teeth down. All rodents are experts at chewing and provided with a long amount of time, rodents are even capable of chewing holes in order to enter walls and such. Around 40% of all mammals belong to this family also known as “Rodentia.” There are about 2,277 species of rodents known to man. They are small mammals which include rats, mice, hamsters, squirrels, beavers and the like. Due to their tiny size and chewing abilities, many rodents are invasive types and they are known to be household pests and are the cause for spreading lots of diseases.

Rodents are found in almost every continent except Antarctica and can be found in almost any kind of habitat except oceans. They are the only species that have reached Australia without the aid of human introduction.

The word rodent characterizes a mammal that is highly skilled in gnawing. The latin origin of the name comes from the word “rodere” which literally means “to gnaw.” They must continuously use their teeth to gnaw as failure to do so will push their incisors out.

Rodents range in the size from the tiny African pygmy mouse which is between 3 to 8 cm in length with a weight of 3 to 12 grams over to the largest rodents which is the capybara which can grow as long as 4.3 ft. and weigh up to 65 kg. They have a self-sharpening system which is very effective and is one of the main reasons why they have very sharp teeth’s and can gnaw even through walls and cement. During gnawing, the incisors grind against each other and this wears away the dentine of the teeth and leaves the enamel edge behind which works like the blade of a chisel.

Despite being usually categorized as household pests, rodents are important to many ecosystems. They have the ability to reproduce rapidly and act as a main food source for many other animals such as snakes, birds of prey and the like. They also act as natural seed dispersals and are used a lot in the field of medicine as for research and tests for new medicine. They are naturally used by humans as a source of fur and also used to test new foods.

Due to the invasive nature of rodents and their choice places of forming nests, search for food and the like, rodents provide problems in households as they can damage structures and even spread various diseases. They are carriers of many parasites and pathogens that may cause serious health problems to the humans.

Such example of disease can be through the accumulation of the feces from mice and rats which later causes allergic responses and can even be hazardous to breathe in.

Here is a list of the known disease that they have spread in many homes.

–          Hantavirus is a life threatening disease which is transmitted to animals. The primary rodent blamed for being able to easily transfer this is the white-footed deer mouse. They become infested from inhaling or taking in the droppings, urine and even saliva of this rodent. They cause fatigue, fever, muscle aches and even abdominal problems

–          Bubonic Plague which is also commonly known as the Black Death is a highly contagious disease which have killed one-third of the population in Europe.

–          Salmonellosis is a form of food poisoning which is spread through the feces of these rodents.

–          Rat-bit fever is another potentially life threatening infection which is spread through the bites of infected rodents.