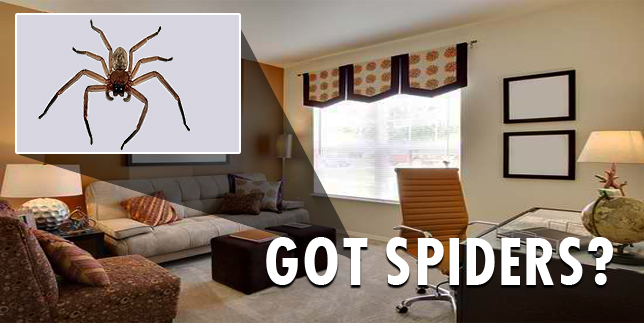 HOW YOU CAN DEAL WITH SPIDERS – PHILADELPHIA PA

Spiders are insects belonging to the order of Araneae. They are air breathing arthropods which have eight legs, fangs that can inject venom and chelicerae. They are the largest in the order of arachnids with notable diversity compared to any other known organisms. Spiders can be found in almost all habitats in every known place except in the air and seas and the Antarctica. There are about 43,678 known spider species in the world.

Spiders vary in range and sizes depending on what particular species they belong to. They can go as small as 0.37 mm in body length and the largest recorded spiders are among the tarantulas which can grow as big as 3.5 inches in length and can span up to 9.8 inches. Compared to other arthropods, spiders have different anatomy in terms of the segments of their bodies. Their segments are different as they have two tagmata which are fused together along with the cephalothorax and the abdomen. They are all joined together by the cylindrical pedicel. Unlike other insects, they do not have antennae. The abdomens of the spiders are able to extrude silk through the spinnerets in their abdomens. Spiders excrete silk from up to six different silk glands found within their abdomens. The amount and kind of spider webs that the spiders can produce varies. Spiders may vary in color but there are only three classes of pigments used.

Spiders are predators and use their sticky web as the primary weapon to catch prey. Using different placements of webs can trap different insects in a given area. Flat horizontal webs can trap insects that fly up and vertical webs can trap insects on horizontal flight. Though they have poor vision, spiders are very sensitive to vibrations and use it as a means of detecting prey.
However, even though spiders are usually predators, certain species prefer plants and leafy materials as their food. One such example is the jumping spider or the Bagheera Kiplingi. It feeds on meat but ninety percent of its food comes from plants.

Spiders do not bite humans in order to attack them. Humans are not in any way their prey hence all spider bites are caused for self-defense. Very few species are capable of producing effects similar to a mosquito bite or a bee-sting. Spiders capable of giving medically challenging  bites such as the recluse spider and the widow spider would only bite when they feel threatened. Notable spiders that may bite out of aggression and are easily provoked are the funnel web spiders and the Brazilian wandering spider. There were only 100 reliable reported deaths which are caused by spider bites in the 20th Century.

Spider venoms can be used as alternative conventional pesticides which gives less pollution since the spider’s venom are deadly to insects but are generally harmless to vertebrates. Of the pesticides being tested, the funnel spiders’ venom is one of the most used venom as no pests around the world has had a chance to develop immunity to the venom. Spiders are also used as pets and some countries use them as a delicacy. Chefs must however remove the hairs of the spiders and any venom present before using them as food.

The venom of the spiders is also being studied for possible treatment to several diseases such as cardiac arrhythmia, strokes, erectile dysfunction and Alzheimer’s disease.