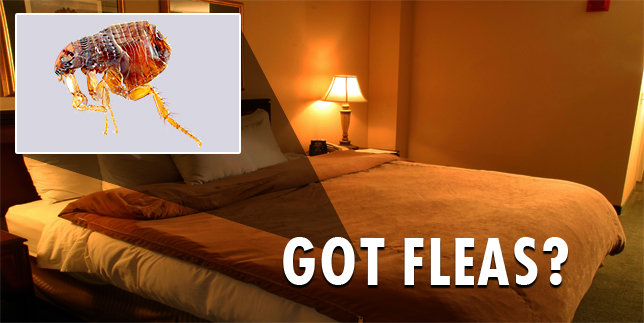 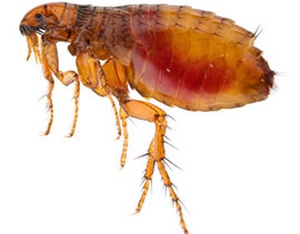 Fleas are wingless little insects from the order of Siphonaptera. They are tiny insects that have mouthparts that is specifically for the purpose of piercing skin and sucking blood. They are external parasites which live of its host and feeding on the blood of mammals and other birds.

Fleas are dark colored insects that are about 1/16 to 1/8 inch long. They have tube like mouth parts that are adapted for sucking the blood of whatever host it infects. They have long legs and are well adapted for jumping. A flea has the capability to jump vertically reaching up to 7 inches and can horizontally be displaced up to 13 inches for each jump. Due to this, they are the best jumpers of all known animals considering its given size. It has been found that it doesn’t use muscles but has stored energy from the protein called the resilin. They have a compressed body allowing them to easily move through the hair and feathers of their infected host. The body of the flea is hard and polished. They are covered in many hairs and spines which are directed backwards. These spines also aid in allowing the flea to easily move through the thick hairs or furs of their host. They have a very hard body allowing it to survive scratching and mashing. Hard squeezing between fingers isn’t even enough to kill a flea.

Fleas have four stages in their life cycle. Their lifecycle begins from the egg to larva, pupa and adult stage. Before they are capable of reproduction, fleas must feed on blood first. The eggs that the female flea laid are often done on the host itself. The eggs are laid in batches reaching up to and over 20. But due to the daily movement of the host, the eggs may fall of. With this the primary habitat of the eggs usually become where the host would usually rest and sleep. Due to the nature of where the eggs may be, it may take from 2 days to two weeks for the eggs to hatch. Once the eggs hatch, the newborn flea will feed off any organic materials that can be found such as dead insects, feces of other animals and even vegetable matter. Fleas are blind and hate being in direct sunlight. The fleas would usually go to dark places such as sand, or the cracks and crevices of rocks and such. If there is a good environmental setting with food supply, they may immediately go over the next stage of being a pupa. This will take around 1-2 weeks with the best environmental factors in play. Once they finally become an adult, they may remain rested awaiting signals from their host such as vibrations, heat and even carbon dioxide to alert the fleas of a potential host.

Here is a list of several diseases that they can transmit:

Bacterial disease – Endemic typhus such as bubonic plague which is transferred from rodents over to humans by carrying the bacteria known as the Yersinia pestis. They can also transmit other bacteria such as the rickettsia typhi, rickettsia felis and the bartonellahensalae.

Viruses- Viruses such as the myxomatosis may be carried by fleas.

Helmint- It may cause an infestation of the hymenoleopaisis tapeworm.

Protozoa- protozoans use fleas specifically to become vectors for it to infect other hosts.

Treatments for fleas include anti-itch creams and calamine lotion. Be sure to have any pets treated to remove fleas as they can also be the host.